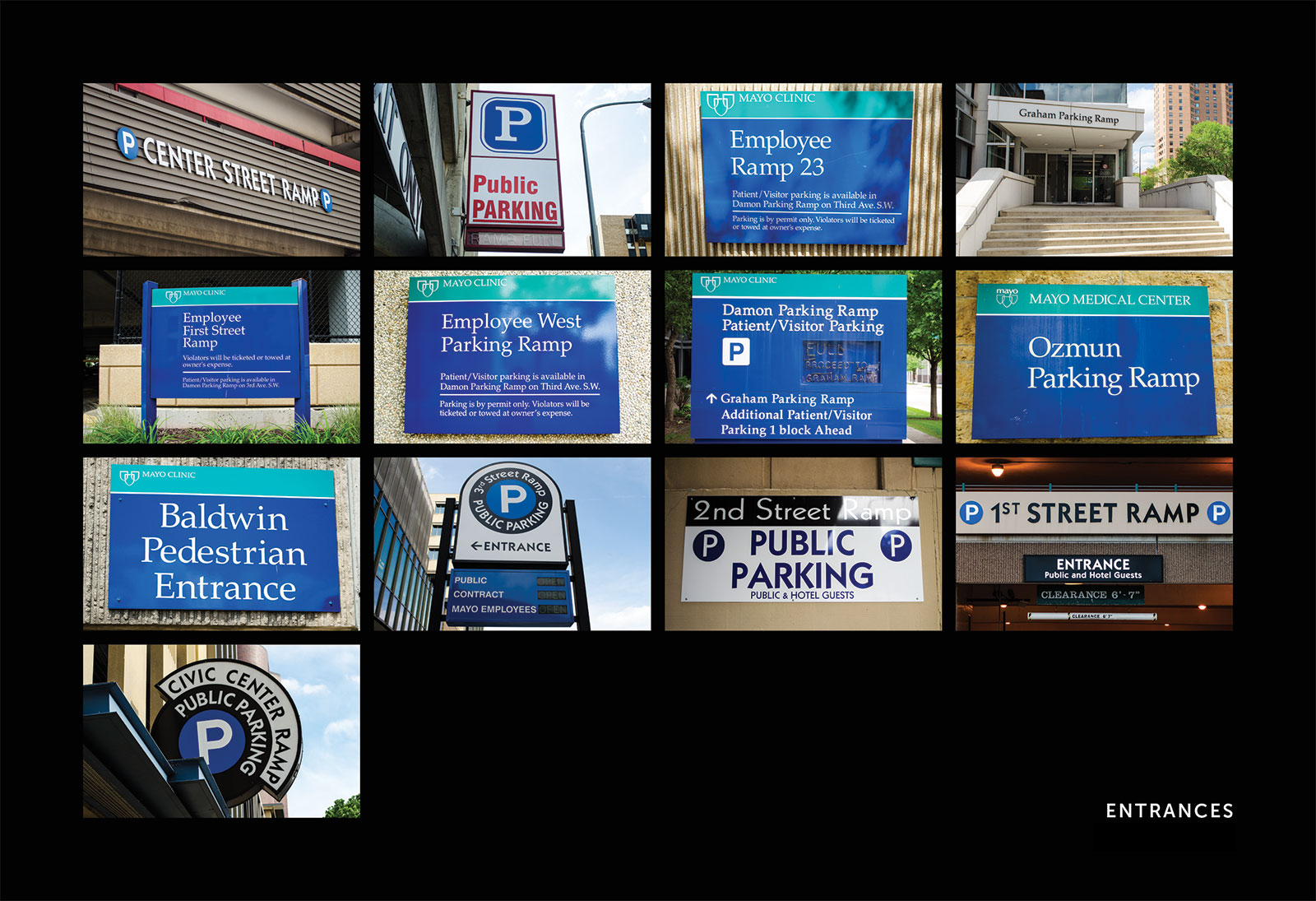 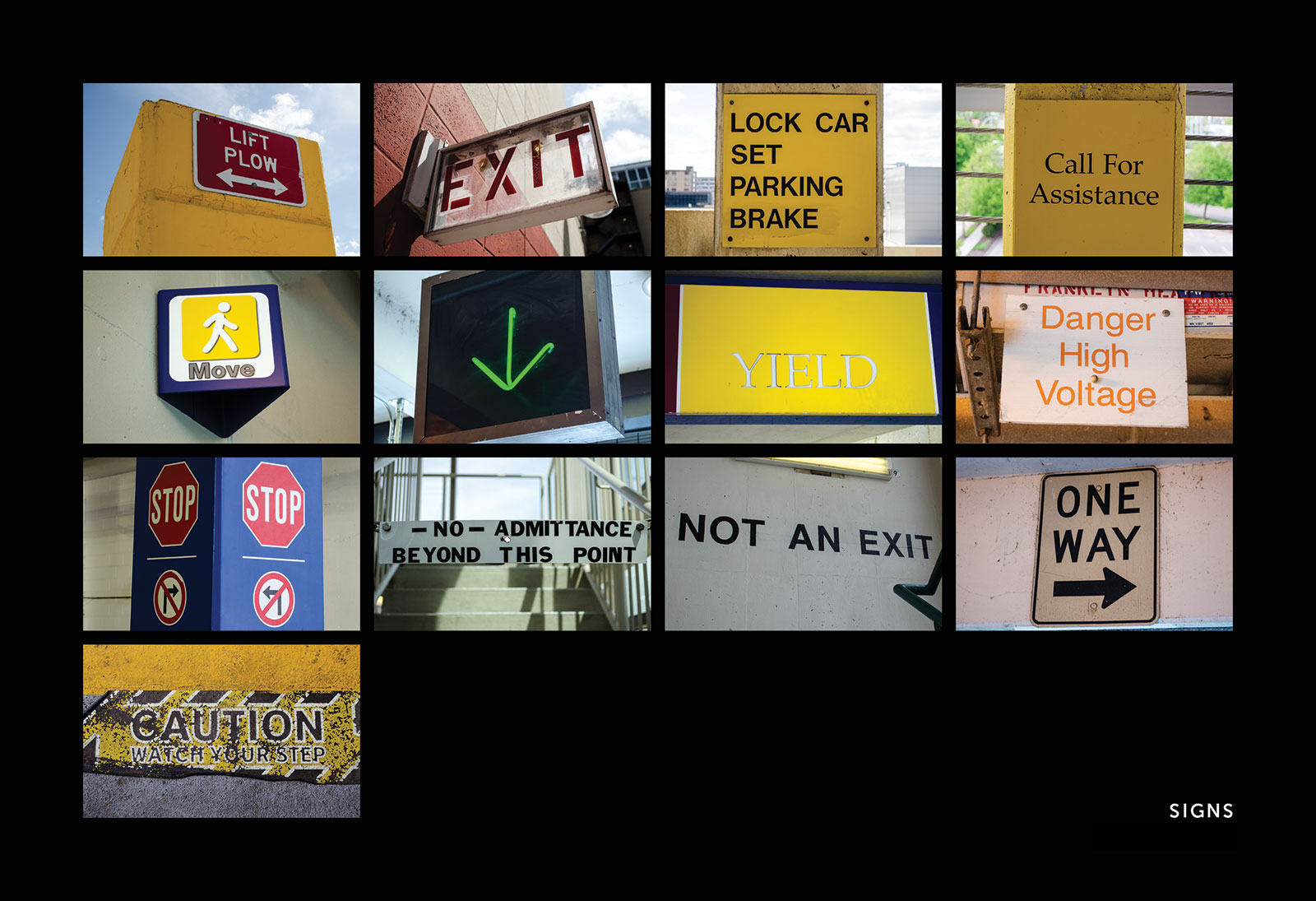 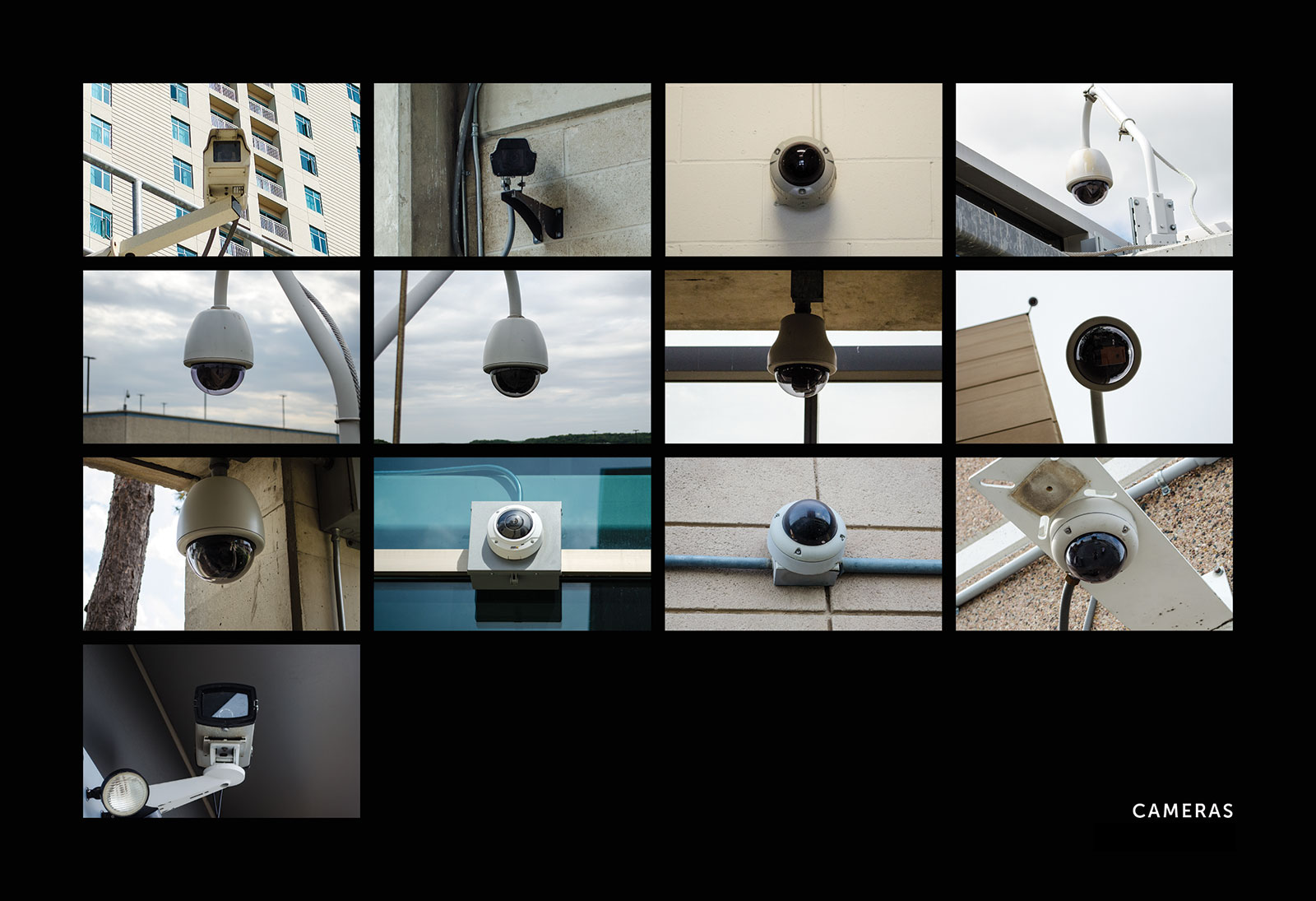 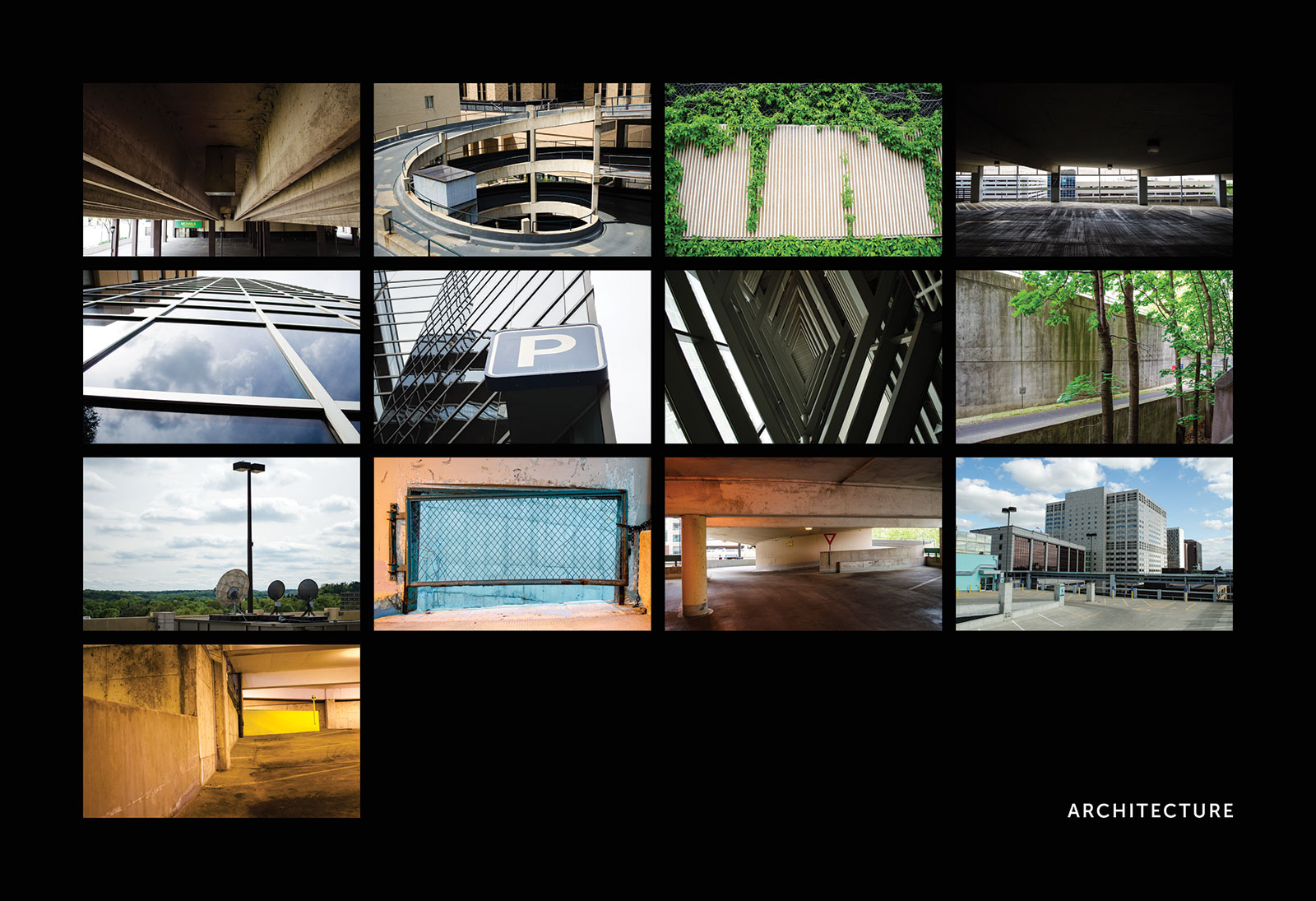 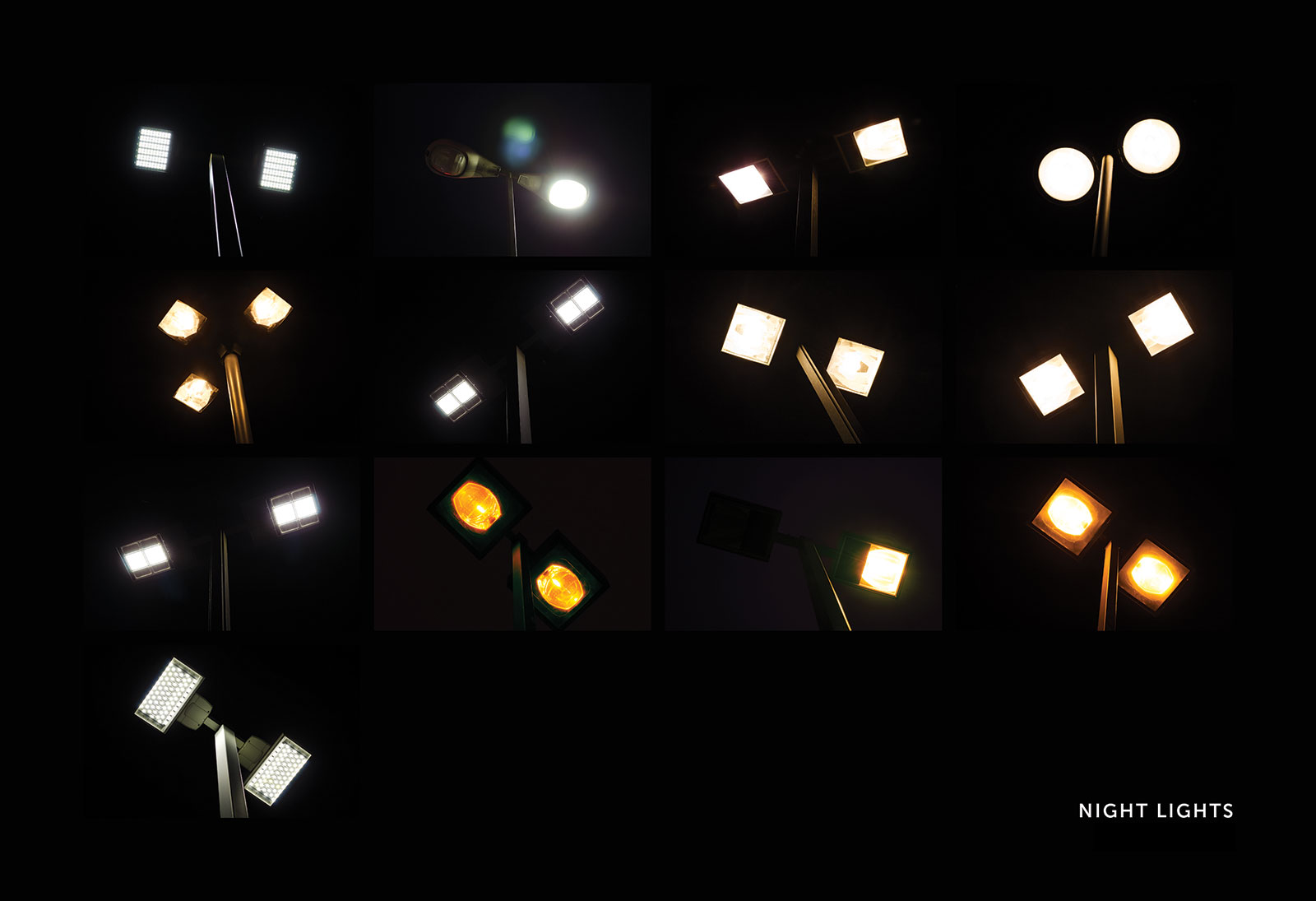 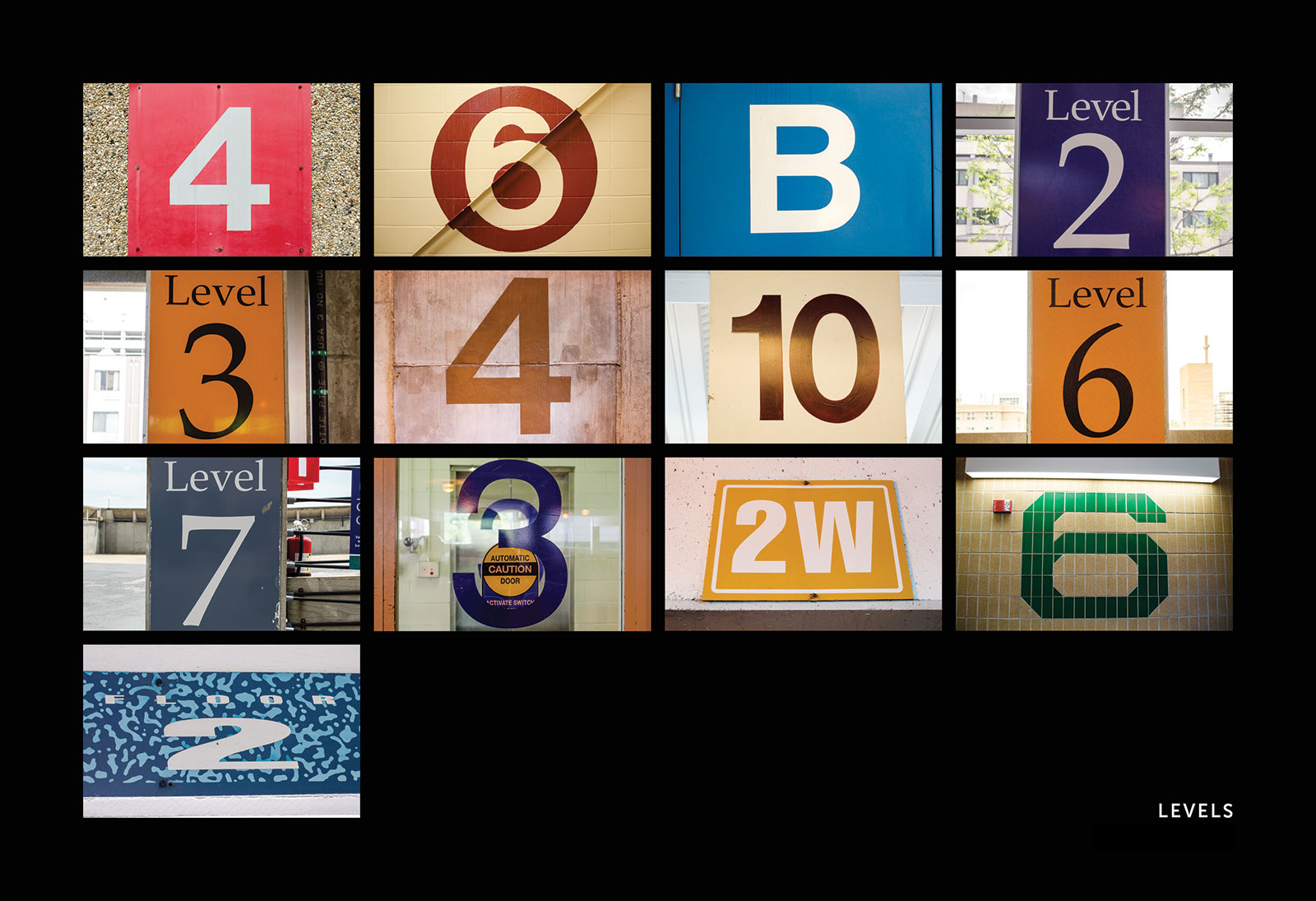 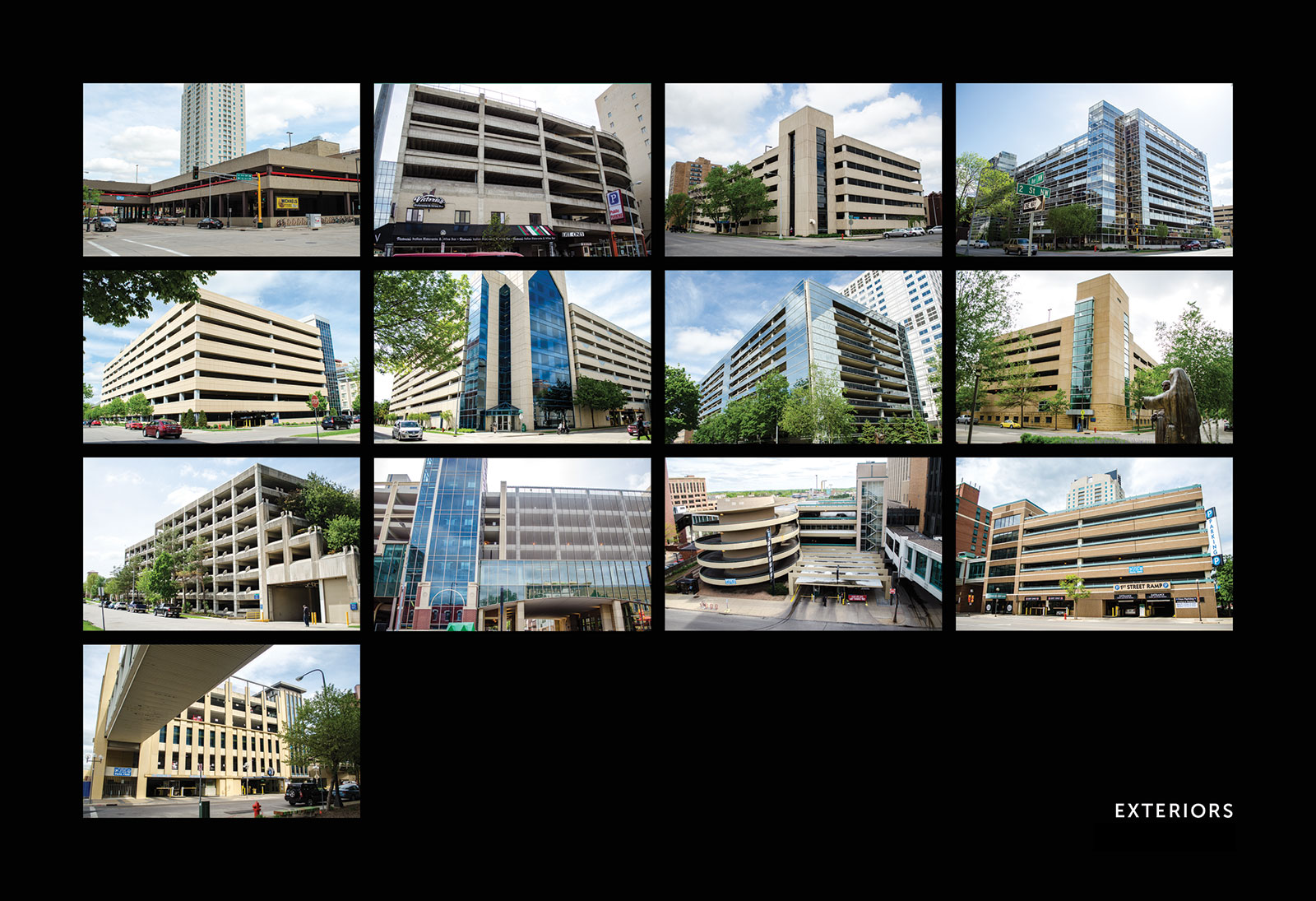 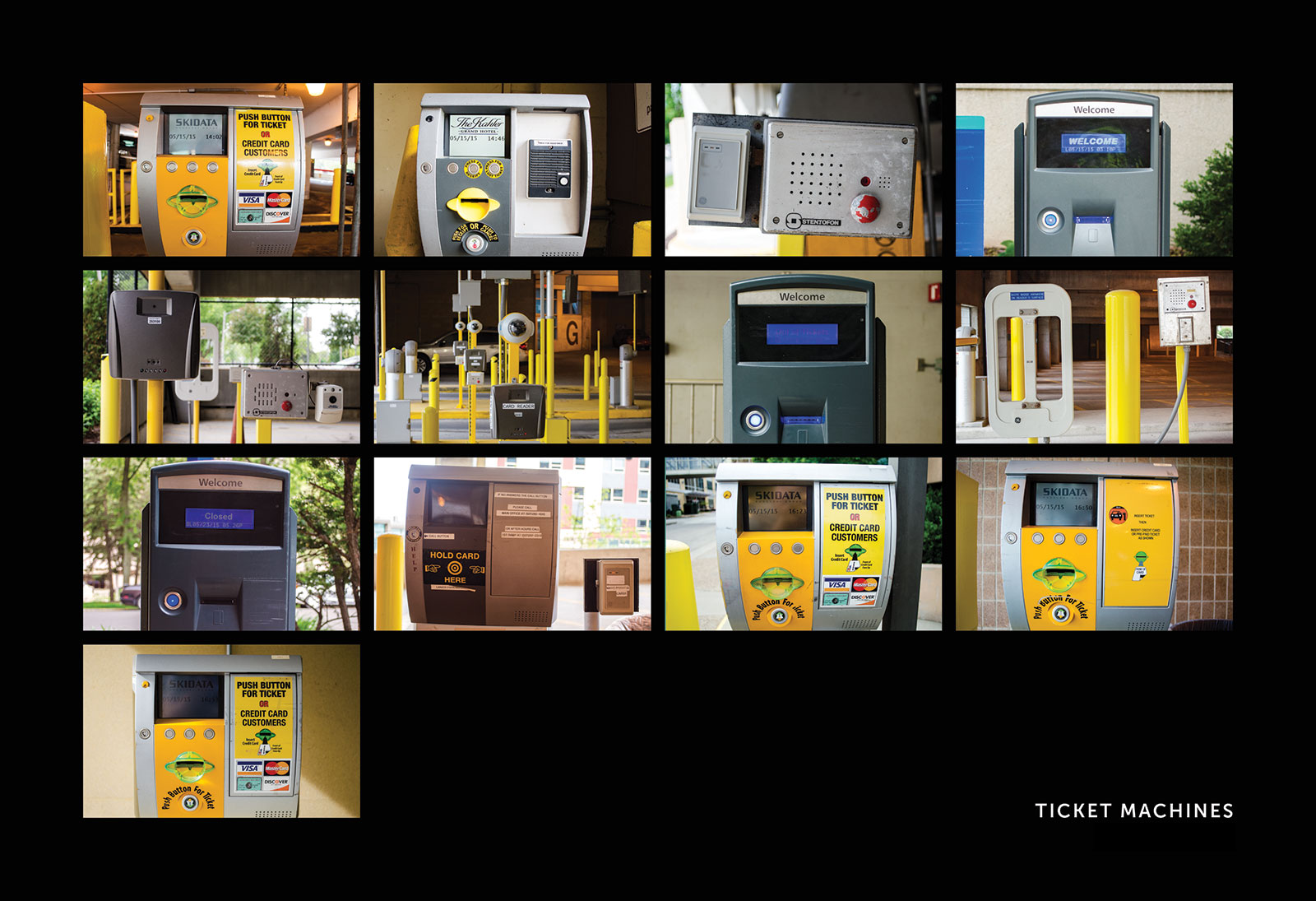 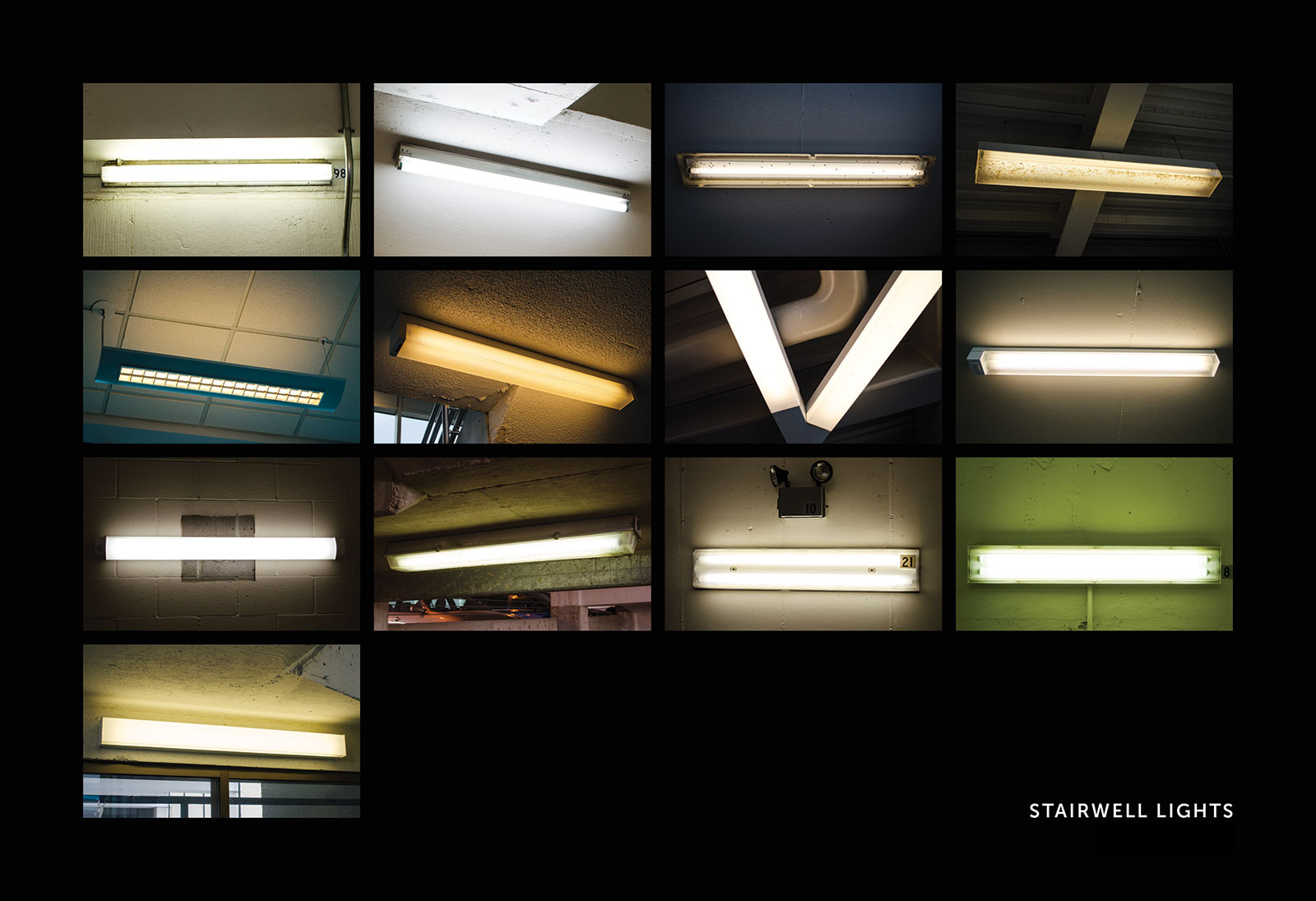 In October 2013, the Rochester Art Center brought Jon Allen and Tom Erickson together to work on a show that became “Circular Document”1, which debuted in the RAC2 space in February 2014. Having never met each other before this collaboration, Allen and Erickson found common ground in a desire to explore their immediate surroundings. They devised a route through Rochester which would include a wide array of architectural settings that both artists could use as subject matter in their preferred medium – ­Tom with drawings and Jon with video. Taking inspiration from artists such as Ed Ruscha and the “New Topographics”2 photographers, the raw material Allen and Erickson generated in travelling the route was almost survey­like in appearance. That is until the images were put through various processes to reduce them to basic art elements, primarily color.

Flash forward to the present and Allen and Erickson have continued to develop their artistic collaborations. Inspired by a particularly striking photograph of a Rochester parking ramp by mutual friend and artist Chris Kostelec, Allen and Erickson proposed a new route through the city that would focus on the 13 parking ramps in the downtown area and invited Kostelec to join them on their expedition to provide a new perspective.

While parking ramps may not seem like an obvious choice for artistic subject matter, Kostelec’s photograph showed how these seemingly mundane structures can be incredibly powerful. The newly formed trio of Allen, Erickson and Kostelec set out to explore what was behind that power and also to see what else they could find by focusing their attention on something that is a part of daily life for many, yet ignored by most. What they found is that parking ramps, though often overlooked, tell an incredibly rich story of how our environment and culture have been shaped, for better or for worse, by the automobile.

In the United States, and the Midwest in particular, driving is the primary method of transportation. Because of this, parking is an integral part of urban development. As with many cities, Rochester’s parking can sometimes be a contentious issue. In downtown Rochester, there is nearly a 10­ year waiting list for dedicated parking spaces for Mayo Clinic employees. Due to the numerous visitors to the Mayo Clinic from out of town, the parking section on Mayo Clinic’s website is one of its most visited pages. With the upcoming DMC initiative and the Rochester Masterplan 2040, the city’s parking policies will become even more controversial as the city works to reduce parking by encouraging other means of transportation.

For most people, parking is not a pleasurable activity. It is typically viewed as frustrating, potentially hazardous, and if inside a parking structure, dirty. As Michael Barbaro of the NYTimes recently wrote, “Parking garages, the grim afterthought of American design, call to mind many words. (Rats. Beer cans. Unidentifiable smells.) Breathtaking is not usually among them.” Despite not being glamorous, parking is still a necessary subject normally examined only for its utilitarian purpose.